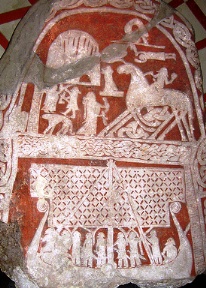 Viking gods are Norse gods of Scandinavian mythology. Norse or Viking mythology is the whole of myths, legends and beliefs that existed in North Germanic countries in pre-Christian times. In a sense, Norse mythology is part of Viking religious tradition or Norse paganism. Our knowledge about the Viking gods derives from early written materials, ancient works of art, such as runestones, archaeology and etymology. Of utmost importance are written materials such as Eddas and Heimskringla by Snorri Sturluson. The Prose or Younger Edda was written in the 13th century. It explains kennings or metaphors of skaldic poetry, which often include various notions related to Viking gods. The Elder or Poetic Edda was written down about 50 years later but it includes the material dating back to much earlier times. It contains poems that deal with Norse deities and heroes.

Fierce and Fair: The Valkyries of Norse Legend