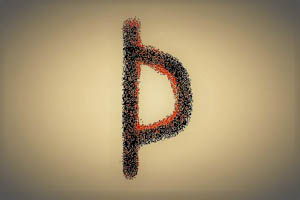 For years, I have been receiving questions like ‘What is the rune for Joy?’ or ‘What is the rune for Happiness?’. The point is, Norse runes aren’t ideograms. Normally, they do not stand for abstract notions like ‘happiness’ or ‘joy’. Neither are they logograms, that is, they do not stand for all kinds of words like ‘go,’ ‘bird,’ or ‘angry’, unlike Japanese kanji or Chinese Han characters. After all, there are over 50,000 Han characters and this pretty explains why you can possibly ask, what is the character for ‘joy’ or ‘happiness’. There should be some. Even though to read a Chinese newspaper you would need to learn only about 3,000 characters, the 16 runes of the Viking Age Younger Futhark cannot work the same way simply because they are so few. I think, there is no human society that needs only 16 words to function.

In some instances, however, Younger Futhark runes may stand for whole words. These words are usually the names of the corresponding runes. The instances are not very numerous. A great example is the runic inscription known as Storhedder III (192).

At Storhedder, north of the lake Storheddervatnet in the county Aust-Agder in Norway, there is a large overhanging soapstone rock. For centuries, it has been providing shelter for hunters. People who found refuge there in the Middle Ages left several runic graffiti, including a cute one that reads:

In the last segment of the inscription ihaiminum the runes ih were carved as a bindrune (combined rune sign that features two or more runes carved on a single vertical stave). Later someone added to the same stave the bow of the rune þ. As a result, the segment now reads: iþhaiminum.

The name of the rune þ is þurs, which means ‘giant’ or ‘ogre’. So the intended meaning is ON í þursheiminum. Thus the girl is now most beautiful ‘in the ogre worlds’. The rune þ stands here for the word þurs.

We do not know whether it was a rather crude joke or an attempt at a serious curse. Doomed to be married to an ogre is a motif that sometimes occurs in Scandinavian mythological tradition.

So normally Younger Futhark runes work as an alphabet (a not very convenient alphabet for the Old Norse language). Sometimes they may stand for a word but you cannot write a whole sentence with runes functioning as words.