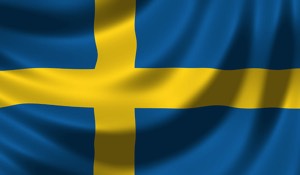 The list of top 100 popular Swedish names includes names that have been the most widespread during the last 100 years in Sweden. Some of them were popular once and then enjoyed less spreading. Others remain popular until today. The list is divided into top 50 male and top 50 female Swedish names. ON stands for Old Norse, OE for Old English, OHG for Old High German.

Previous post: Runic Inscription on the Sword of Kings in Vikings 2.10