Tolkien’s Sigurd and Gudrun Coming in May 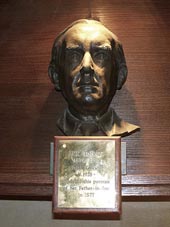 Last January HarperCollins announced that they are going to publish in hardback a rare volume of epic poetry by J. R. R. Tolkien in May. The previously unpublished work entitled “The Legend of Sigurd and Gudrun” was written by “Lord of the Rings” author while professor of Anglo-Saxon at Oxford University during the 1920s and 30s. The book will be edited and introduced by Tolkien’s son, Christopher, who also edited “The Children of Hurin” published in 2007. The Legend of Sigurd and Gudrun tells the story of the fall of the Niflungs, one of the greatest Norse legends.

The publisher did not reveal much about the upcoming book. In the words of David Brawn, the publishing director of HarperCollins UK, “It is an entirely unpublished work, dates from around the early 1930s, and will be published – all being well – in May this year. Otherwise the clue as to what the book will contain is in the title – THE LEGEND OF SIGURD AND GUDRUN. You will surmise from this that it is not a Middle-earth book, but we are confident that Tolkien fans will be fascinated by it.”

However, Tolkien scholars suppose that the book contains the two narrative poems described in a note to Tolkien’s letters, published in 1981, as follows: “A long unpublished poem entitled ‘Volsungakviða En Nyja’, probably written in the late 1920s or early 1930s. Tolkien described it, in a letter to Auden dated 29 January 1968, as ‘written in fornyrðislag 8-line stanzas in English: an attempt to organize the Edda material dealing with Sigurd and Gunnar.” ‘Volsungakviða En Nyja’ translates into English as ‘The New Lay of the Völsungs.’

As stated in the “J. R. R. Tolkien Companion and Guide” puiblished in 2006, it contains 339 eight-line stanzas. The same source states that there is also a companion poem entitled ‘Guðrúnarkviða en nýja’ (‘The New Lay of Gudrun’), which has 166 stanzas. The new book will presumably contain both. Further details will be revealed closer to publication.

Next post: Viking Blood in Wirral and Lancashire Men