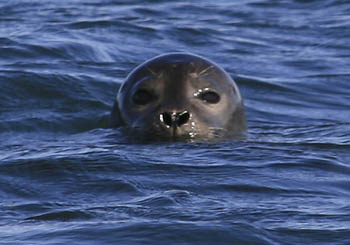 Selkie is a word for ‘seal’ found in modern Shetland, Orkney, Caithness and Moray dialects (in Cromarty also sealchie). In Faroese and Scottish mythology selkies (or silkies) are seals who can take the human form when they take off their seal skin. There are several versions as for how often that may happen: some stories say it occurs once a year, on Midsummer’s eve, others assert selkies transform into humans every ninth night. When they take off their skins, they dance and make merry in caves or on lonely shores. Selkie-men are unusually attractive for women of the human race. If a woman (married or unmarried) desires to meet a selkie, she has to go to the shore and shed seven tears into the sea. If a girl is missing at sea, they say that she has gone to her selkie lover.

Selkie girls are no less attractive for mortal men. However, if a man manages to steal the seal’s skin of a selkie, she cannot go back to the sea and becomes a wife to such man. According to folktales, marriages like that are happy, even though captured selkies are often seen sitting and gazing at the ocean longingly. The moment they are able to recover their skin (always by negligence of their husbands), they put it on and rush off into the sea, having said good-bye to their human children.

As for the origins of the selkies, they are unclear. According to a version, they are the souls of men who drowned themselves. Whatever the case, the myth is common for Faroese, Scottish, Irish and Icelandic folklore and seems to be at least as ancient as the Viking Age. For Icelandic version of the tale see The Seal’s Skin, a gem of Jón Árnason’s rich collection of Icelandic folktales, published in two volumes in 1862 and 1864.

Next post: Viking Runes on the Piraeus Lion in Venice