Songs for the Philologists by J. R. R. Tolkien 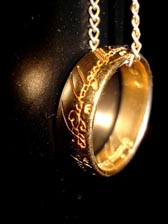 Songs for the Philologists is reputed to be one of the rarest items in the list of books authored or co-authored by J. R. R. Tolkien. The events preceding its publication are worth noting: while a professor at Leeds, Tolkien and E. V. Gordon founded a Viking Club, where undergraduates and tutors drank beer and read Old Norse sagas. The songs that members of the club used to sing at their meetings were available in a few typewritten copies. In 1936 A. H. Smith, who had been a student at Leeds and had a copy of the Songs, used it for a printing exercise with the students of the University College London. Since the publication was not authorized by Tolkien and Gordon, the printed booklets have never been distributed. Most of them perished in a fire, and only about 14 copies are extant. One of them is offered for sale at US$ 74,300. Beside the texts in English and Old English contributed by Tolkien, as well as a few compositions in Gothic and Latin, the book contains twelve songs in Icelandic that were sung by Leeds philologists. It was interesting to investigate what kind of texts the co-founders of the Viking Club included into this collection.

Songs for the Philologists begin with an Old Norse epigraph: Málrúnar skaltu kunna (Speech-runes you should know). This is a quotation from Sigrdrífumál (The Lay of Sigrdrífa), part of the Poetic Edda. The whole passage reads:

In the Norse Poems (1969) translated by W. H. Auden and P. B. Taylor it is translated as follows:

Besides English, Old English, Gothic and Latin texts (which are not treated here) twelve songs are in Icelandic:

1. Fara með víkingum. The title means: To Go with Vikings. The text reads as follows:

The author is Egill Skalla-Grímsson. The first stanza is Egill’s first poem, which is preserved in the Egil’s Saga. In W. C. Green’s translation of 1893 it reads:

Thus counselled my mother,
For me should they purchase
A galley and good oars
To go forth a-roving.
So may I high-standing,
A noble barque steering,
Hold course for the haven,
Hew down many foemen.

(It should be noted that a more correct translation of the fourth line would be: To go forth with vikings).

The second stanza is Egill’s poem composed when Armod tried to make him and his companions drink much in order to kill them. It is not found in W. C. Green’s translation of the Eigil’s Saga.

3. Björt mey og hrein. Originally it was a Polish folk song. It was translated into Icelandic by Stefán Ólafsson (1619–1688). Music for the Icelandic version can be found in Bjarni Þorsteinsson’s Íslensk þjóðlög (1906–1909).

4. Rokkvisa. I was unable to identify this text. Probably a translation into Icelandic or original composition by E. V. Gordon written for singing in the Viking Club.

5. Ólafur liljurós. Icelandic folk song. Songs for the Philologists give only the first, the second and the last stanzas of it, omitting the lengthy dialogue of Ólafur and the elven maid that takes place in between.

6. Icelandic Song. The poem Það liggur svo makalaust was written by Bjarni Þorsteinsson (1861–1938), a priest and a composer. Songs for the Philologists omit the last stanza and give an alternative refrain (Æ dúli, æ dúli, a da-la-la-la-la!).

7. Su klukka heljar. Translation into Icelandic of The Bells of Hell by E. V. Gordon.

8. Gubben Noach. This poem was originally written in Swedish by Carl Michael Bellmann (1740–1795), poet and composer, a classic of Scandinavian literature. Songs for the Philologists reproduce the Swedish text immediately followed by the Icelandic translation by Eiríkur Björnsson.

10. Guð let vaxa. The original title of this song that praises wine is Sálmur yfir víni. It was written by Hannes Hafstein to a well-known composition by Josef Haydn.

11. Vísur íslendinga. A poem by Jónas Hallgrímsson (1807–1845), one of the founders of romanticism in Iceland. Songs for the Philologists omit the second and the third stanzas.

12. Gomul kynni. A composition by Árni Pálsson after a poem by Robert Burns.