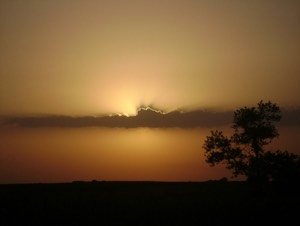 About two years ago I received a request to write with runes a quote in Old Norse. This happens time and again since people find difficulty in substituting letters of the standard Old Norse orthography for the Younger Futhark runes. The request was for a 6 line stanza from Hávamál (Sayings of the High One):

A farm of your own is better,
even if small.
Everyone’s someone at home.
Though he has two goats
and a coarsely roofed house,
that is better than begging.

The person who requested the quote in runes wanted to carve it on an old stone on his farm in Denmark. The task required time and effort, and I answered that I’d rather make a tutorial that would help people to write in Old Norse with runes all by themselves. I did not feel like investing half an hour into this, even though I felt grateful that the person who sent the request also asked where the donate button was. I did not have one and I still don’t, but it was the first time when someone asked about it after I answered about 700 questions on Norse runes posted as comments on this blog.

I forgot about my promise, of course. I had lots of plans, projects and concerns of my own. And then last year I lost my job and a family member. I sat at my desk and stared into the void. My life was but a “coarsely roofed house” and begging suddenly ceased to be a word from a different reality. However, I still had a home, even if small. A starting point for a new life, a new endeavor after a time of darkness. To say I felt vulnerable is to say nothing, but even unemployed I was someone at home.

In a couple of months I did find a new job and new meanings in life. Answering the comments that I missed during that time, I stumbled upon the Hávamál request and my forgotten promise to write a tutorial that would help. First, I wrote the quote in runes. Second, I wrote the tutorial. I realized that after about two years the request was hardly relevant but I still decided to email the person who asked for the runic text. The answer was:

just 2 weeks ago, i was standing with my hammer and pike (it took me while to make them), ready to start carving. Then the thought hit me: “allan, you are about to chisel into your farms most sacred stone, runes that you are not even sure about” …so i stopped. I figured; I would go to some more viking markets and meets and eventually Odin would send me a sign.

Allan, some day we will drink beer seated in front of the stone on your farm in North Jutland, we will watch the sunset and talk leisurely about the runes, the importance of being someone at home, being human, feeling that you’re not alone. Some day we will.

A side note. Here is the tutorial: How to Write in Old Norse With Futhark Runes: The Ultimate Guide.

Next post: Runic Inscription on the Staraya Ladoga Stick

Previous post: Can I Write in Old Norse With Runes?